7.0      MINERALISATION STYLE AND DEPTH CLASSIFICATION BASED ON QUARTZ TEXTURES

Most mineral deposits in the Georgetown region possess quartz as a gangue to mineralisation. The morphology and texture of quartz are a good indicator of the conditions under which the quartz and associated mineralisation was formed. When used in combination with the geologic setting, trace element geochemistry and age determinations, quartz textures can help determine the style of deposit and the relative depth of formation (Dowling & Morrison 1990).

One hundred and thirty-three historical mines in the Georgetown, Forsayth and Gilberton districts were visited and sampled as part of the current project and were augmented by hundreds of samples from Gilberton collected by Jose Veracruz, together with samples and photos provided by company collaborators. The samples have been used to identify quartz textures and textural assemblages using the scheme of Dowling & Morrison, 1990; (Table 7.1 & 7.2) and to update the previous interpretation in the Georgetown region by Tate et al. (1987).

Many of the quartz textures listed in Table 7.1 were observed in ore from the historical mines, particularly Class 1(b) and 3. Euhedral buck quartz is a common early quartz phase found in many of the mineral deposits investigated and consists of tightly packed, interlocking prismatic crystals with no or little open space (Plate 1). Comb quartz was the most common quartz texture found during the study and was observed in almost all deposits visited (Plate 2). Close examination of samples often revealed a complex history with multiple generations of quartz formation. Samples from some deposits possessed over five events of quartz development, with each event exhibiting a different texture (Plate 3).

As many deposits in the Etheridge Province are hosted in faults, deformation of early quartz phases by later shearing was often observed. The most common deformation textures found were recrystallization of veins forming saccharoidal quartz, brecciation and development of stylolites and spider veins (Plate 4).

During field inspection and sampling of each site, records of quartz textures, deformation textures, their order of formation and relative abundance were made. To help group the deposits, codes were assigned to each textural style. Each deposit was then assigned a list of codes based on the quartz textures identified. This allowed classification of each deposit according to their mineralising environment as outlined in Table 7.2. Results showed that based on the quartz textures all the deposits investigated could be divided into three mineralising environments, Plutonic, Intrusion-Related and Epithermal and also assigned a relative depth of formation – hypozonal, mesozonal and epizonal.

In the Etheridge Province, the main quartz textures observed for each mineralising environment were:

Intrusion-Related deposits: quartz textures are generally finer grained than the Plutonic category. Textures generally consist of fine to medium euhedral buck or comb quartz in veins, stockwork or breccia. Early quartz phases are often cut by later fine comb quartz. Deformation textures such as recrystallization of quartz and stylolites can be present but are rare.

Quartz textures indicative of the Plutonic mineralising environment were the most common textural types found in the mineral deposits of the Georgetown, Forsayth & Gilberton regions. Of the 133 deposits and prospects visited 101 could be classified as Plutonic. The Plutonic deposits are often hosted in steep dipping shears or lodes cutting Proterozoic granite and metamorphic rocks. The lodes can be of significant size i.e. kilometres in length and 10’s of metres in width e.g. Long Gully line of workings (Forsayth), Big Wonder & Drummer Hill Faults (Georgetown). However, individual quartz veins tend to be irregular or lenticular in shape and rarely exceed 50cm in thickness and 20 metres in length. The nature of the quartz veins is related to the irregular development of tensional zones during fault movement, brittleness of host rocks and deformation by later fault movement (Plate 5 & 6).

The early, coarse euhedral buck quartz phase found in many of the deposits is nearly always recrystallised by later shearing and brecciation producing an equigranular texture of anhedral grains obliterating or masking original quartz textures. The deformation of early quartz often leads to breccia and veins infilled by finer comb quartz, and development of spider veinlets and stylolites (Plate 4). The later phases of quartz are often accompanied by sulphides that are usually responsible for gold and base metal mineralisation. The quartz is commonly observed as multiple crosscutting events, with each event exhibiting different textures. The later quartz phases tend to be finer grained, indicative of a shallower depth of formation than earlier quartz phases. Breccia developed within the lodes rarely possess a ductile fabric and is dominated by brittle textures.

Close examination of the quartz textures showed that the deposits falling into the Plutonic environment could be subdivided further into hypozonal, mesozonal and epizonal by using the grain size (coarse, medium, fine) of the various quartz phases (Plates 7 – 10).

Quartz textures indicative of the Intrusion Related environment are generally finer grained than the Plutonic category. Textures commonly found are fine to medium euhedral comb quartz in veins, stockwork or breccia. Early quartz phases are often cut by later fine comb quartz (Plates 11 – 14). Like the Plutonic deposits, Intrusion Related deposits can also be subdivided into mesozonal and epizonal categories based on the nature of the mineralisation and fineness of the quartz textures. The deposits are often hosted in Permo-Carboniferous age intrusives or have a spatial association with them e.g. Mt Turner, Electric Light, Cumberland, Kidston, Log Creek, Mt McDonald, Huonfels.

In some deposits, particularly those hosted along major structures, overlapping Plutonic and Intrusive Related style quartz textures and mineralisation have been observed e.g. Rocky Reward, Electric Light, Cumberland (Georgetown), Mountain Maid (Percyvale) and Big Jack (Forsayth) (Plate 15). This can cause problems when attempting to classify deposits based on quartz textures and geochemistry. In cases like this care is required when collecting samples of quartz or mineralisation to understand the various textural and genetic relationships.

Quartz textures indicative of the Epithermal mineralising environment were the least common textural types found in the mineral deposits of the Georgetown, Forsayth & Gilberton regions. Of the 133 deposits and prospects visited, only eight could be classified as epithermal, e.g. Sherwood (Agate Creek), Woolgar and Percy Queen (Percyvale). Epithermal quartz textures identified consisted of colloform and crustiform banded chalcedony and very fine comb in stockwork or as breccia infill (Plates 16 – 17). All the deposits recognised had a close association with Permian age volcanics.

Codes were defined for each quartz textural variety and deformation feature (See Table 7.3). Individual deposits were assigned a sequence of codes based on the assemblage of quartz textures observed at the deposit in order of abundance. Mineral deposits with similar quartz texture codes, occurring in the same area were grouped into camps. In total, 54 camps were defined in the Georgetown, Forsayth and Gilberton region (See Table 7.4 & Figure 6). Of the 54 metallogenic camps defined, 33 fall into the Plutonic mineralising environment category, 16 fall in the Intrusion Related category with five camps designated as Epithermal.

In general, the Plutonic camps form a linear NNW trending core of deposits through the district (Figure 9). The main mining centres of Georgetown and Forsayth are dominated by Plutonic Hypozonal and Mesozonal style deposits. With the Plutonic Epizonal, Intrusion- Related and Epithermal style camps clustered around the edges, particularly west of Georgetown around the Cumberland Range volcanic complex. This relationship suggests there may be a shallowing trend in quartz textures and mineralisation styles away from the Plutonic camp centres. 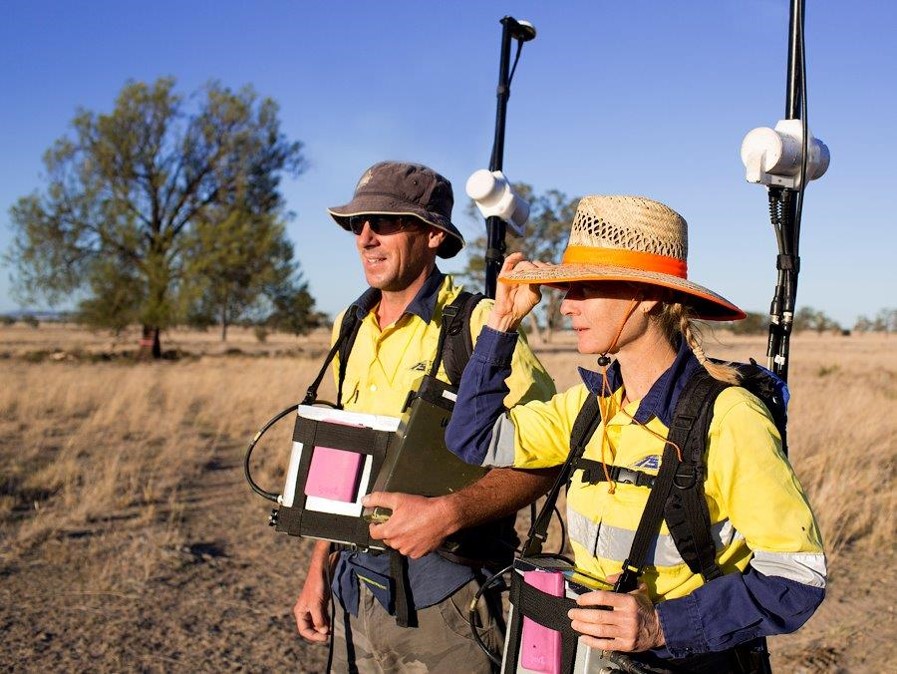 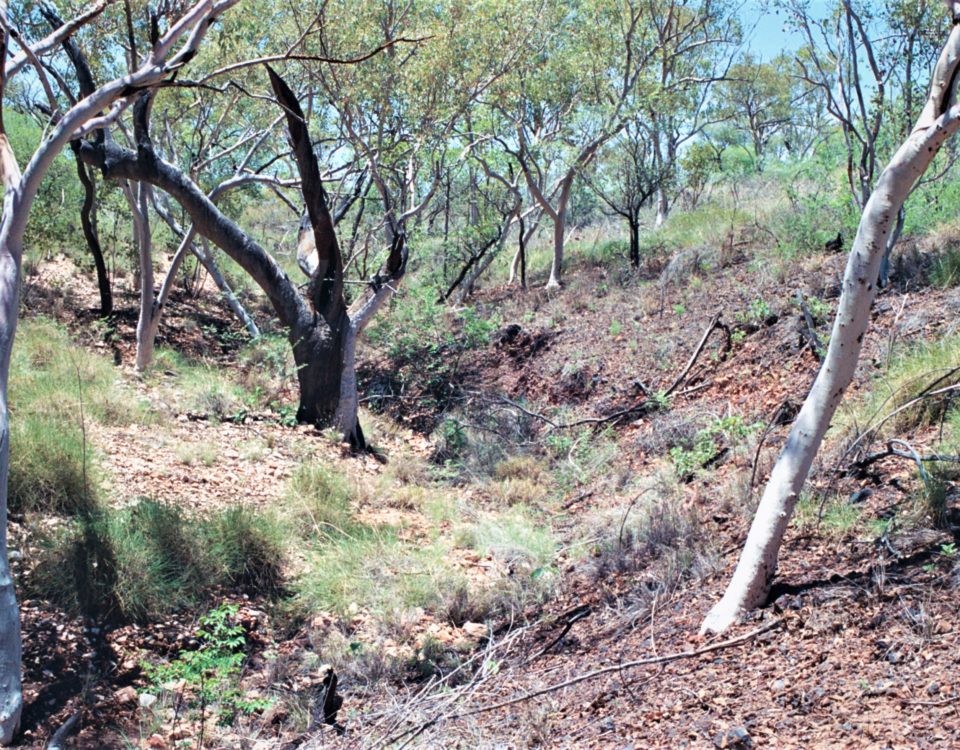